Travel back in time to the era of the Jurassic ! where dinosaurs roam the earth. Jurassic Research Center is second of its kind dinosaur park at Level 4, Resort World Genting Malaysia. Meet your favorite dinosaurs from the Jurassic Park and Jurassic World Movies here.

The entrance to the Jurassic Research Center.

Combo tickets are available with attractive prices if you visit more attractions such as Jungle Gym 2hrs, Zombie Outbreak, Jurassic Research Centre, Ripley’s Believe It Or Not, Alive Museum.

There are various different dinosaurs from the Jurassic era, ranging from herbivorous and carnivorous, birds and reptiles, mammals and many more. These huge, bigger than human dinosaur display are life like under the dim lighting and artificial fern trees of the era.

Amaze by the assortment of dinosaur and  scared by their roar. Some of these are animatronics controlled with movement mimics walking, bending, biting etc. Look at their eyes directly and some do blink their eyes.

The Path in a jungle full of dinosaurs .

Stegosaurus is a genus of thyreophoran dinosaur. Due to their distinctive combination of broad, upright plates and tail tipped with spikes, Stegosaurus is one of the most recognizable kinds of dinosaur.

Parasaurolophus meaning “near crested lizard” in reference to Saurolophus, a genus of ornithopod dinosaur that lived in what is now North America during the Late Cretaceous Period, about 70.5-66.5 million years ago. This genus is know for its large elaborate cranial crest, which at its largest forms a long curved tube projecting upwards and back from the skull.

The entrance to the enclosure for the carnivorous dinosaur.

Tyrannosaurus Rex roar behind the trees.

The Tyrannosaurus Rex is one of the more prominent dinosaur species primarily due to its superior predatory strength and massive size. With “rex” meaning “king” in Latin, the Tyrannosaurus was feared by all creatures throughout the dinosaur kingdom.

Dilophosaurus was known to be among the largest carnivores of its time with a recorded length of about 7 meters. Its origins can be traced as far back as 193million years ago within the early Jurassic Period.

Quetzalcoatlus northropi is an azhdarchid pterosaur known from the Late Cretaceous of North America (Maastrichtian stage) and one of the largest known flying animals of all time.

More dinosaurs in the exhibits.

Tyrannosaurus Rex roars at you !

This Tyrannosaurus Rex might have just breach the perimeter.

The next part of the journey leads to a fossil laboratory where all the different dinosaur fossil was kept. This is not a place for real fossil but the replica quality of the exhibits are near to real.

The next part of the exhibit is abit of a twist, with various Velociraptor ramping around the Laboratory with flip over tables and crooked doors. Do take the chance to have a close up photos with these creatures.

Overall our tour to Jurassic Research Center was a fun and education one. Do bring your friends and family here. If you are a Fans of the Jurassic movie series, don’t think twice, this is a place specially created for you. 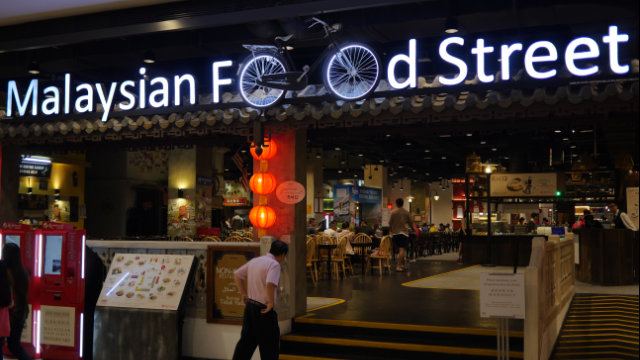