Under the street art project ‘Tanah Airku 3.0’ , several beautiful street art mural been drawn at Sarawak. One of the famous one is the street art named ‘Clouded Leopard’ at Carpenter Street. It depict the seamless link between the endangered species – clouded leopard – and local cat. Location: at the junction between Carpenter street, Bishopgate Road and Ewe Hai Street. The two storey tall street art is located on top of a restaurant named The Sideyard.

To reach this location you can walk along the Carpenter Street from the Harmony Arch. There are several tourist attraction here. The drawing show fusion of various cultural representation, from the Chinese cloud motif, to local native motif. It is also a fusion of various endangered wildlife of Sarawak, including the feather of pheasant and hornbill on the head ornament of the cat, and the bodily fusion of a clouded leopard below the waist down the cat.

This mural work is carried out by various members of the 9Lives artist collective. The mural is commissioned in 2015 by Petronas in celebration of Malaysia Day. 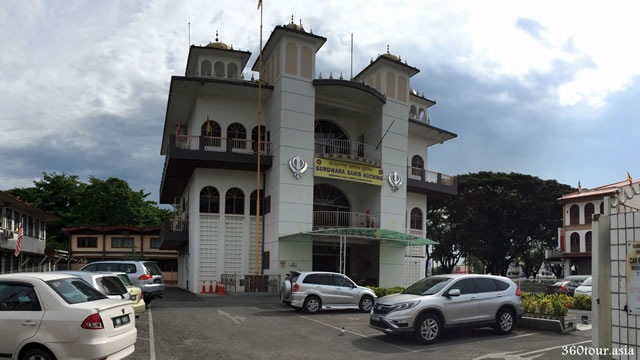