The Mouse deer and the crocodile is a famous local tales about how the clever mouse deer tricked the crocodiles in bringing him across a river. The whole story is carved on the wall near the famous Darul Hana bridge at Kuching Waterfront. Title : The Mouse deer and the Crocodile The long image of the wall sculpture.

The story of the mousedeer and the crocodile The title of the wall sculpture – The Mouse deer and the Crocodile. The wall sculpture on how the mouse deer tricked the crocodile. On the Sculpture: “This cannot be !” screamed the King Crocodile. “My family is both powerful in physique and large in number”. On the Sculpture: “In which case, let me count them to verify the truth”, said mouse deer. “Line your family up, side by side across the river”. On the Sculpture: “Very well!” said King Crocodiles. He ordered all his family to line up and they stretched from one bank of the river to the other. On the Sculpture: The little mouse deer jumped from one crocodile’s back to the other, counting as he went along, until he reached the other bank. On the Sculpture: Once he arrived he said, “O, King Croc, you were right; you have a big family, but you are stupid! All i wanted was to cross the river without being eaten !” On the Sculpture: The crocodile roared in anger and the little mouse deer skipped off to join his laughing friends in the jungle. 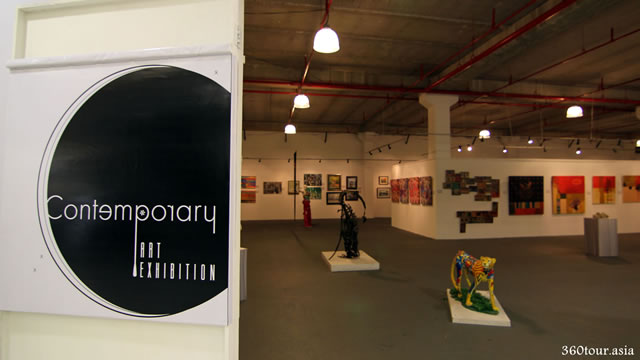