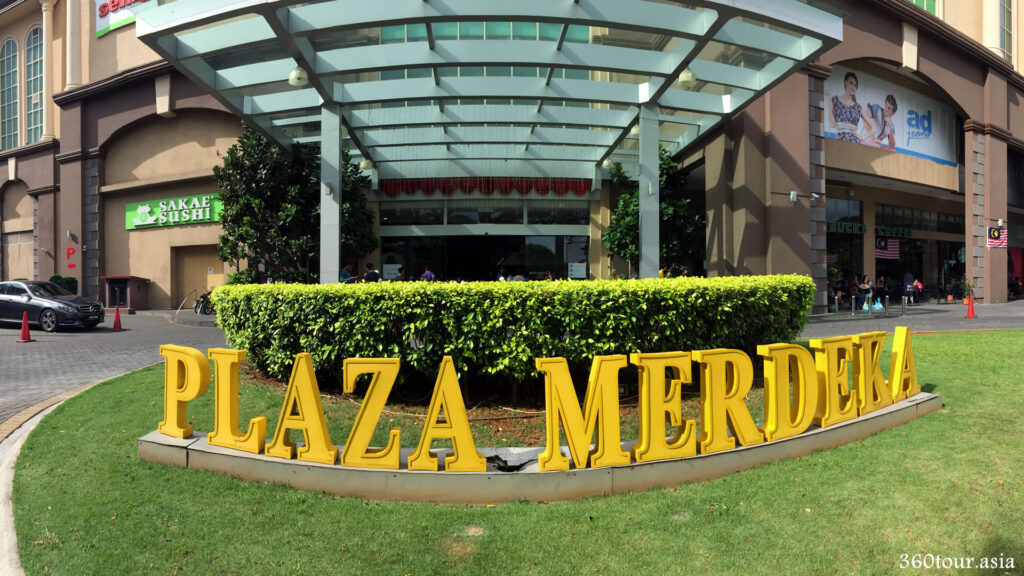 This Shopping Mall is also a landmark itself by portraying a classical building architecture, characterize by huge pillars and facades, in attempt to blend in this modern building into a surroundings many pre-world war era historic buildings. The Plaza has a gross area of 550,000 square feet, equipped with range of retail shops from branded store outlets to traditional handy craft stores. The Waterfront Hotel, situated above the Plaza will have a panoramic view of the river, The Astana, the State Legislative or Dewan Undangan Negeri building & Fort Margherita on one side and Padang Merdeka and Sarawak Museum on the other. The Plaza Merdeka Shopping Mall as seen from the Padang Merdeka.

The Plaza Merdeka Shopping Mall is one of the famous hot spots for tourist, however can still be a considerable hotspot for Pokemon Go Trainers.