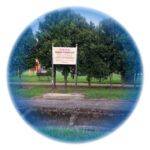 Wawasan Park, aslo known as “Taman Wawasan” in local Malay language, or “宏愿花园” in Chinese Language, located within a dense populated residential area, adjacent to Capital Garden and Lorong Arang 13G, is a small family park with a jogging track, open field, children playground and a basketball court. This park is adopted and maintained by the Arang Road Community Association since 1 April 2009. The Wawasan Park Pokestop at Jalan Arang as shown in the map in Pokemon Go game.

The “Wawasan Park” PokéStop is located at Taman Wawasan signage beside the roadside of Lorong Arang 13. It is a famous PokéStop for the local residents as this park serve as a gathering ground for outdoor activities during the early morning and evening. Nearby residents come here for Jogging, brisk walking, Taichi practice, kite flying, picnic , relaxing by the bench, have a game of basketball, badminton and football game. Taman Wawasan Signage as seen from the roadside of Lorong Arang 13. The Close-up view of the Taman Wawasan Signage.

A ring of trees along the edge of the park provides shades to the jogging path during the day, and provide a relaxing view of the garden that screen out the busy roads and nearby resident buildings. Several bench is placed along the park. A gazebo located near the entrance to the park provide stop for family gathering and events. The bright colored playground complex with slides, tunnels, maze, chin-ups bars, climbers and playhouse provide unlimited recreation and enjoyment for children. The open air basketball court within the park provide opportunity for game of basketball.

At night, this park is illuminate with street lamps along and within the park.

This park is well maintained by the local community to provide a clean and safe environment for recreation. The Playground, bench and Gazebo in Wawasan Park. The Basketball Court and Jogging track in Wawasan Park.

With launching of Pokemon Go game and making this a PokéStop, pokemon hunters can have their routine game, walk and jogging while capturing pokemon. It is advisable to play while within the park as the outer rim around the park is surrounded by deep concrete drains that provide proper drainage to the adjacent resident buildings.

This PokéStop is accessible to road user of Lorong Arang 13 which connects capital garden, Lorong Arang 13B to 13T, and SMK Jalan Arang (Middle School). It can be busy at peak hours. Be careful while wander at the roadside. Do not play Pokemon Go while driving.

There is no nearby Pokestops within 200 meter radius, hence this stand alone Pokestop is not suitable for farming. You won’t get a spawn frenzy within walk distance even if you had activate Lure on this Pokestop. The welcome signage to the Wawasan Recreational Park.

This is a rather safe PokéStop where you and your friend can enjoy catching Pokemons while having a relaxing walk at the park or gathering with friends and family in the park. This stand alone PokéStop won’t be the best spot for farming. 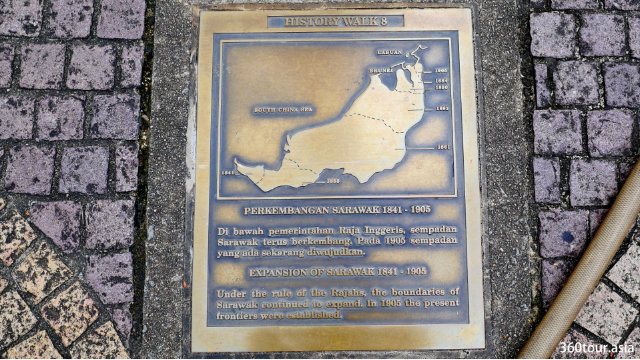