After 10 months since it was launched, How was it compared now and previous ? We revisited the Sarawak Most Famous Musical Water Fountain at Kuching Waterfront.

Previously on our visits to Darul Hana Musical fountain during the initial launching on October 2018  https://360tour.asia/kuching-waterfronts-darul-hana-musical-fountain-at-sarawak-river/

Darul Hana Musical Fountain is located at the river bank of Sarawak River, in front of the Sarawak State Legislative Assembly Building. A series of fountain head is placed at a floating platform. In the day time, the fountain head array can be clearly seen on the water if you view from the Darul Hana Bridge. The Darul Hana Musical Fountain during the day. The water fountain heads and alignment is clearly seen on the river.

The fountain heads are placed into three major circular groups and two smaller circular groups, with a front curvature series. At the background of the fountain is a huge water wall. All the water and light features are controlled by a preset according to a music rhythm. The Darul Hana Musical Fountain and the background of Kuching City.

There is several changes in performance time for Darul Hana Musical Fountain since its grand opening, below is the latest scheduled time for the Darul Hana musical fountain : The schedule time for the Darul Hana Musical Fountain.

At night the water fountain comes alive, accompany with lively music from various genre from pop music to classical music. The choice of music is different for each scheduled water and light display.

Most of the time the Sarawak State Legislative Assembly Building will be dimmed before the schedule performances. The performance usually start with the water wall lit up with changing colors. When the weather is good, the colorful light reflection on the Sarawak River is amazing. The reflection of the Colorful water fountain and Sarawak Legislative Assembly Building on the Sarawak River. As the music progresses, more and more fountain moves adds into the performance with amazing light displays. The Darul Hana Musical Fountain water and Light show. The water fountain jets are controlled according to music.

The whole performance is usually around 15 to 20 minutes, with playback of three to four songs.

Recording of the Musical Fountain performance can be tricky as the performance is against a dark background, and require a camera which is good for low light photography and videography. The music used during the performance may subject to copyright when you intend to record for distribution in social media. The Kuching Waterfront is usually packed with people at night, with many stalls selling food, toys, and simple gadgets. There is also street performers performing street dance, sape musical and costume display. Visitors will start to crowd the stairs beside the waterfront before the musical fountain starts. Remember to pick up the good seats ahead of the crowd to get a good view of the musical fountain performance. 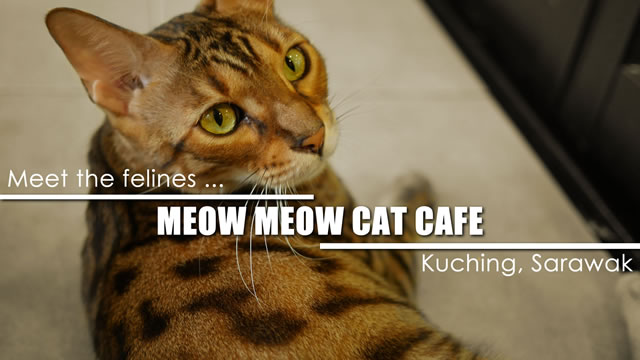