Do you know that you can also find several cat statues at Kuching South City Hall ? Kuching city has cat statues everywhere as their landmark and monuments. 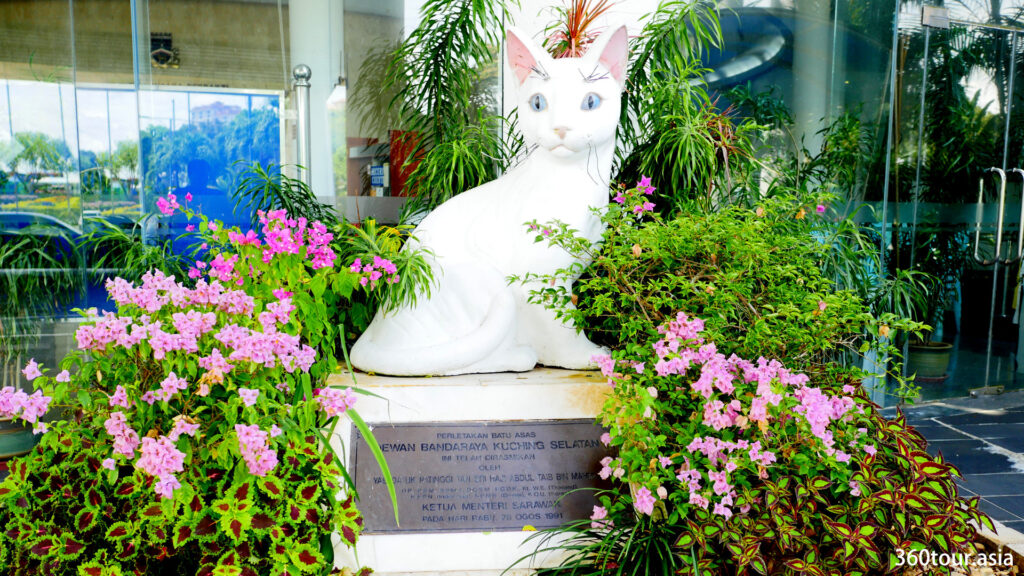 The white cat statue located beside the front entrance of the Kuching South City Hall.

This white cat statue is the placed during the laying of the corner stone for building of the Kuching South City Hall by the chief minister of Sarawak on 28th August 1991. 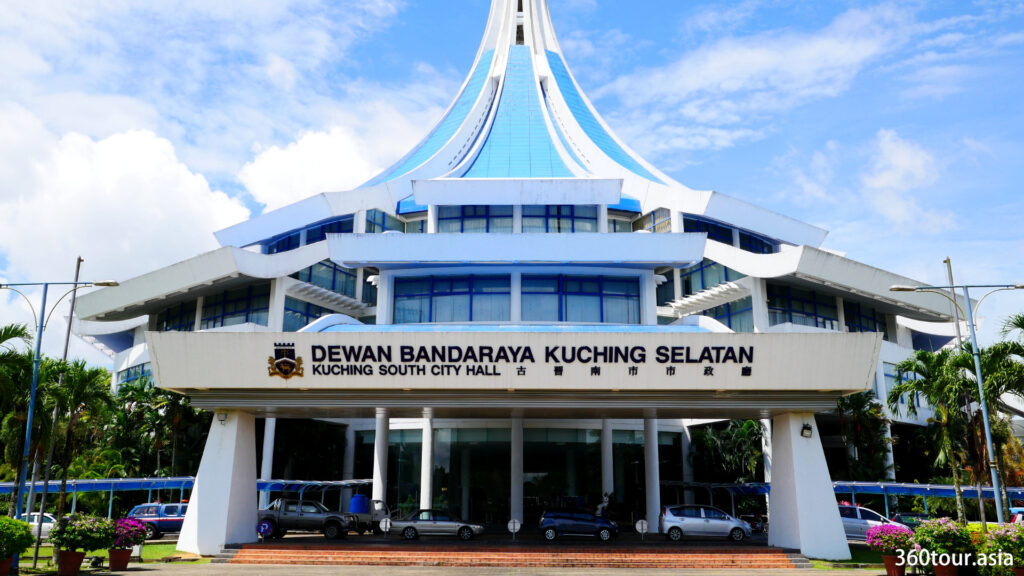 The Corner Stone cat statue is easily spotted beside the entrance to the City Hall. The white cat statue sit elegantly on a pedestal with bronze inscription about the corner stone.

Other than this white cat statue, there is also a group of white cats garden statue at the garden in front of the Kuching South City Hall. You can have a rest at the garden after a jog around the city hall compound. 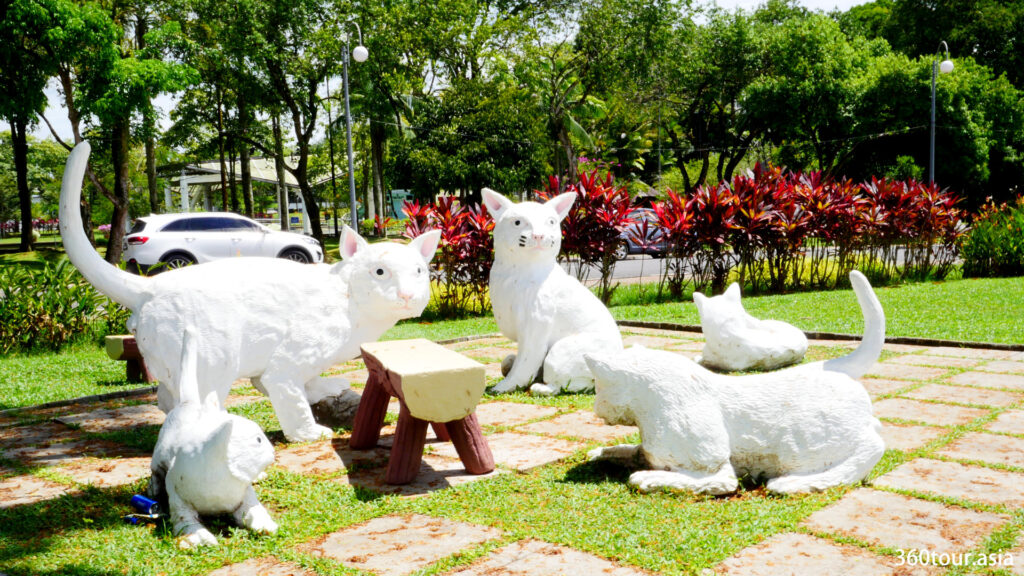 The white cats garden statue at the garden in front of Kuching South City Hall.

There is total of 5 white cat garden statue , each are in different position. There is a garden bench in the center where you can relax and take photos with the group of cats. 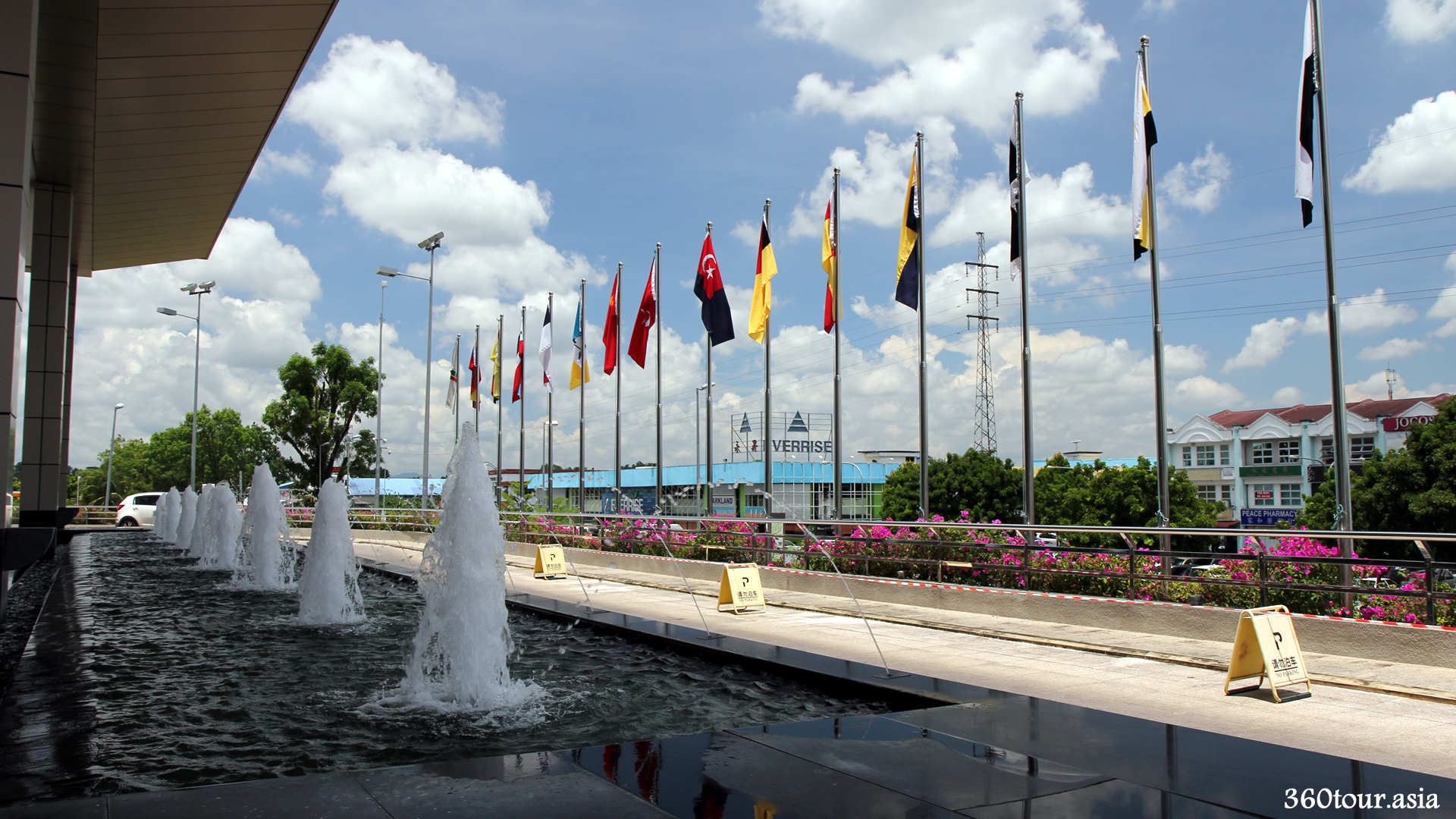